iPhone 6s is a “premium” Smartphone, only because of its build quality…!!!!

He also concluded that iPhone 7 parts were too difficult to come by, so he tried building of iPhone 6s. He built a just-like-new 16GB iPhone 6s using components bought off vendors in the smartphone parts markets of Huaqiangbei.

Allen’s iPhone 6s has got all the features such as working Touch ID and functional 3D Touch like the original IPhone 6s, because he managed to purchase the home button and logic board together. 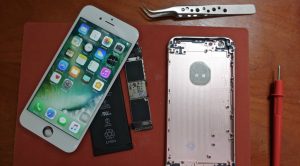 However, though Allen says on Reddit that he spent “well over $1000” to build the iPhone, a large chunk of that sum went towards extra parts, replacing broken components, and unnecessary tools he purchase. He believes that the realistic amount he spent on the iPhone 6s was actually closer to $300.

Use the Nestaway referral code 1IG0HCX9 to claim your new user referral bonus and a month of free stay with Nestaway. Nestaway Referral Code The latest...
Read more
Referral code